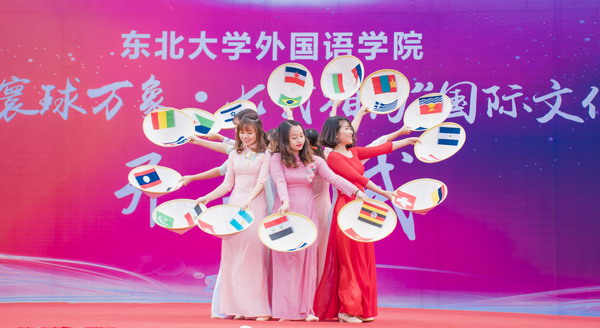 On October 13, Northeastern University held an international cultural experience season. This event is divided into two parts, the Central Stage Performance and the International Cultural Exhibition Area, attracting more than a thousand people from both inside and outside the school to experience.