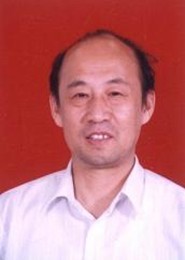 Wang Guodong，born in Liaoning province in 1942. He Graduated from NEU in 1966, and received the master's degree in 1981. Then he became a teacher of NEU after his graduation. In 1989, he became a full professor. He was elected Academician of China Academy of Engineering in 2005.

In the study of super steels, he presented the idea of grain refinement appropriately and complex strengthening, with which prototype steels have been developed and 400 MPa class super steels have been successfully produced on the existing rolling mill and have been widely used in automobile and building industry, making great contributions to the development, production and application of new generation steels. With the guide of Professor Wang, the technologies of TMCP, microstructures and performances forecast and the auto-control during rolling have been integrated and developed at the State Key Lab of Rolling and Automation (RAL), enabling advanced plate rolling mill to be made in china. These technologies have been applied in many steel companies and evident economy benefit has been achieved. In addition, Professor Wang has contributed a lot in the intelligence optimizing during rolling.

With his decent style of study, courage to exploit and religious attitude, Professor Wang has made great contributions to the development of iron and steel industry and the progress in technologies of china.