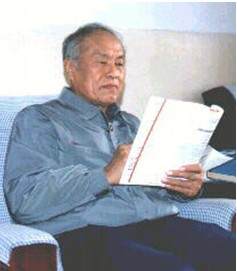 Professor Siying Zhang was born in Zhangqiu, Shandong, China on April 5，1925. He graduated from Department of Mechanical Engineering of Wuhan University in 1948, became a professor of Northeastern University, Liaoning Province, in 1978, a Ph. D. supervisor in 1983, and was elected a member of Chinese Academy of Sciences in 1997.

He was a member of Chinese National Disciplinary Appraisal Group, and Chinese National Natural Science Foundation Discipline Review group. He has been an Editor of journal of Control and Decision, was an Editor for the Automatic Control and Systems Engineering, a branch of control theory of Encyclopedia of China, an Associate editor for the Information and Control. He was a member of editorial board of journal of Acta Automatica Sinica, Control Theory and Applications, System Science and Mathematical Sciences, Systems Science and Mathematical Sciences, Military System Engineering. And he was an executive director of the Chinese association of automation. In 1990, he was awarded the National College of Advanced Science and Technology Workers by State Education Commission and National Science and Technology Commission, Model Worker in Liaoning province, Special Model Worker in Shenyang, National Labor Medal in 1998, and Liaoning Province Meritorious Teachers in 1999.