On March 13th, Northeastern University holds its second “World, Here We Come” Consultancy Meeting for students hoping to pursue further education abroad, in which a number of overseas universities are involved. This consultancy meeting is one of the activities of “Hello! World” overseas studying guidance. Admission officers of 36 well-known colleges and universities from the United States, Germany, Britain and other countries, including the Australian National University, the University of Melbourne, the University of Manchester and other 3 QS top 50 universities in the world, and 11 top 100 universities in the world, are invited to provide on-site consultations on subject ranking, application and employment prospects for students from 18 institutes in the two campuses of our school. Besides, more than ten overseas studying planners are invited to give suggestions to students who concern about matters of studying in 7 countries, such as Britain, Australia, Japan and the United States, and customize the studying plan for them. Four overseas colleges and universities, including Bristol University in the UK and American University in the United States, as well as the national special recruitment consultation sessions are set up to provide targeted guidance to students attending the meeting. 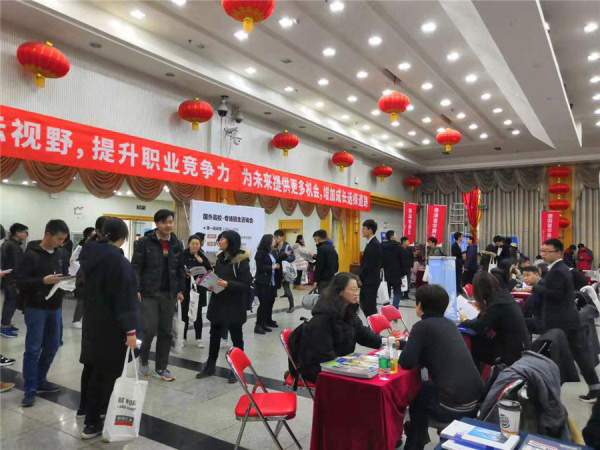