Recently, Professor Liu Yan from the Department of Physics of College of Science, NEU published a paper on internationally renowned journal Science, titled Subterahertz Spin Pumping from an Insulating Antiferromagnet as a co-author.

Professor Liu Yan, as the co-author, was responsible for the theoretical interpretation of the paper, which was completed in collaboration with Professor Enrique Del Barco for the Department of Physics of University of Central Florida. 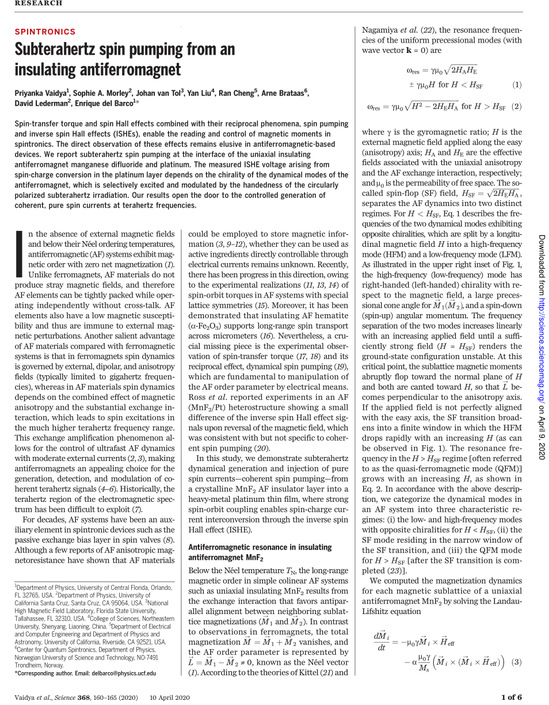