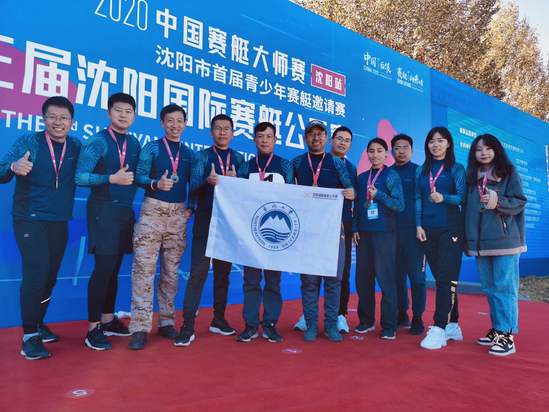 NEU’s rowing team is composed of 32 faculty and staff members from the College of Information Science and Engineering, College of Computer Science and Engineering, College of Life and Health Science, School of Jiang He Architecture, Physical Education Department, School of Innovation and Entrepreneurship, library and other organs of NEU. It is a team of “super brains”, with 80% members holding a doctorate. This is the first time for all team members to participate in such a great domestic rowing event. 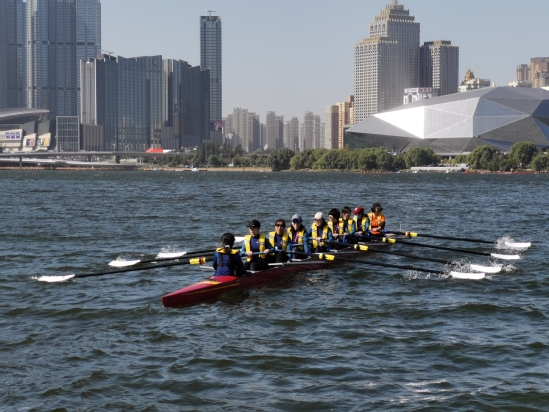 Since May this year, NEU’s rowing team had started water training under the leadership of professor Qian Xiaolong in College of Information Science and Engineering. At the same time, the team bought four simulated rowing machines to actively carry out land training. After five months of preparation, NEU’s rowing team amazed Hunhe River. In the competition, the team members united as one, encouraged each other, forged ahead and surpassed themselves. They vividly demonstrated the motto of NEU that “Striving constantly for improvement, behaving in conformity with truth”, and achieved excellent results. After the competition, the team members expressed that they will continue to make efforts to build NEU into a first-class university with practical actions, and drive NEU to make continuous progress toward a “world-class university with Chinese characteristics” that will play a leading role in theChina's new industrialization process.