On November 14, the “cloud” closing ceremony of the 18th International Genetically Engineered Machine Competition (iGEM) was held in Boston, the United States. The team of NEU (NEU_CHINA Team) made a great achievement and won the silver award. NEU_CHINA Team was composed of the undergraduates of 2019 and 2020 from NEU’s School of Medicine and Healthy, with associate professor Huang Yongye from the same school as the instructor. 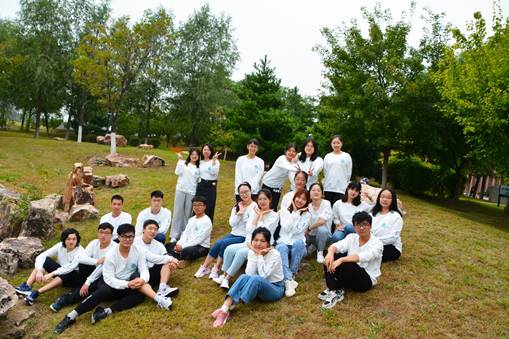 The iGEM, initiated by the Massachusetts Institute of Technology (MIT), requires the participating teams to use standard biological modules to construct gene circuits, establish effective mathematical models, and realize the prediction, manipulation and measurement of sophisticated and complex artificial biological systems. In November 2020, NEU-China Team entered the preparatory stage to develop an engineered E. coli-based environmental multi-virus detection device. The device was designed to capture such coronaviruses as SARS-CoV-2, MERS-CoV and HCoV-229E to activate reporter genes to produce green fluorescence. In the project, NEU-China Team reprogrammed the Salmonella-derived PmrCAB system onto the surface of E. coli, and replaced the Fe (III) recognition site of PmrB with the S protein-binding receptor of the target coronavirus, so that bacteria could transmit signals to the downstream reporter genes by binding to the virus’s receptor. To make the fluorescence more obvious, the team used E. coli’s Luxl/LuxR quorum sensing system to improve the sensitivity and output signal strength of the detection system. Additionally, the team developed an improved air sampler to concentrate airborne nanoparticles on engineered E. coli. Future application of the project’s environmental multi-virus detection will be conducive to establishing virus prevention systems in hospitals, supermarkets and other public places. In the process of the project, to guarantee pioneering and accurate research and fill in the blanks of the project, NEU-China Team actively participated in academic exchanges at home and abroad, including the 8th Conference of China iGEMer Community (CCiC), the 2021 Quorum Sensing Seminar, and the 2021 China iGEM Online Meetup. 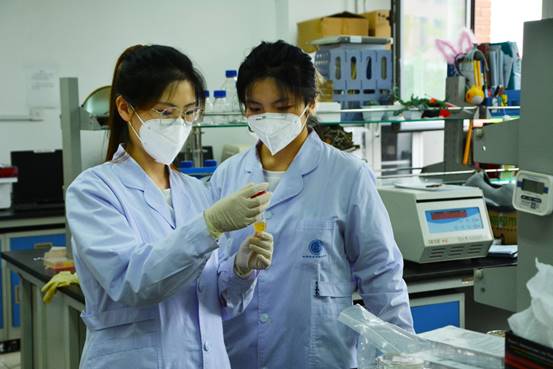 The iGEM is a globally top science and technology competition for college students worldwide in the field of synthetic biology. A total of 352 teams from such world-class universities as MIT, Harvard University, Yale University, University of Oxford, Stanford University and Tsinghua University participated in the competition. The research achievements of the participating teams have drawn attention from Nature, Science, Scientific American, Economist and many other international top academic journals.