President Zhao Met with Counsellor of the American Embassy in Beijing

NEU President JiZhao met with the guests in Han Qing Assembly Hall. He introduced the basicsituation of Northeastern University briefly, and hoped to interact andcommunicate with American colleges and universities more closely with thesupport of American embassies and consulates in the future. Frank Whitaker indicatedthat, he look forward the exchange and cooperation between the two countries inthe field of education could be sustained and healthy. 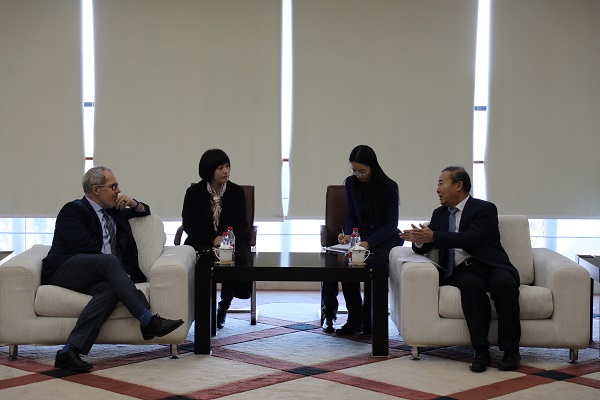