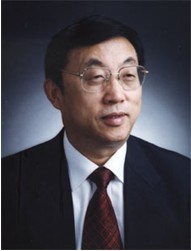 He has been with the Research Center of Automation, Northeastern University since 1985, where he became a Professor in 1988 and a Chair Professor in 2004. He is the founder and Director of the Research Center of Automation, which became a National Engineering and Technology Research Center in 1997 and The State Key Laboratory of Synthetical Automation for Process Industries in 2011. He has made a number of important contributions in control technologies and applications. He has published two monographs，130 peer reviewed international journal papers and around 224 international conference papers. He has been invited to deliver more than 30 plenary speeches in international conferences of IFAC and IEEE. His current research interests include adaptive control, intelligent decoupling control, integrated plant control and system, and the development of control technologies with applications to various industrial processes.

Prof. Chai is a member of Chinese Academy of Engineering, an academician of International Eurasian Academy of Sciences, IEEE Fellow and IFAC Fellow. He is a distinguished visiting fellow of The Royal Academy of Engineering (UK) and an invitation fellow of Japan Society for the Promotion of Science (JSPS). For his contributions, he has won three prestigious awards of National Science and Technology Progress, the 2002 Technological Science Progress Award from Ho Leung Ho Lee Foundation, the 2007 Industry Award for Excellence in Transitional Control Research from IEEE Control Systems Society and the 2010 Yang Jia-Chi Science and Technology Award from Chinese Association of Automation.