On March 1, the Signing Ceremony of Strategic Cooperation Agreement between NEU and CAS Dalian Institute of Chemical Physics (DICP) & the Seminar on “Coordinated and Innovative Development of Steel, Energy and Chemical Industry” was held at DICP. Liu Zhongmin, an academician of Chinese Academy of Engineering (CAE) and Director of DICP, Wang Guodong, an academician of CAE, and Tang Lixin, an academician of CAE and Vice-president of NEU, were present at the meeting. Relevant leaders of the Sci-tech Department and the Advanced Technology Research Institute of Low Carbon Steel of NEU as well as the scientific research departments and related functional departments of DICP attended the signing ceremony. 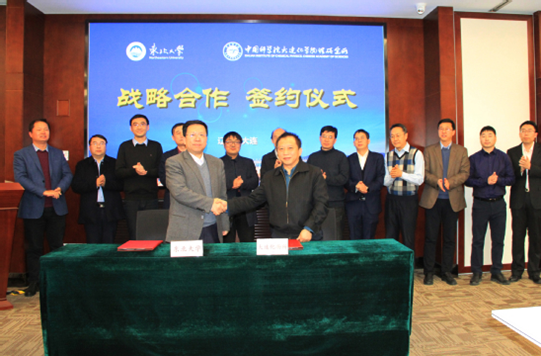 At the meeting, Tang Lixin and Liu Zhongmin signed a strategic cooperation agreement on behalf of NEU and DICP respectively. 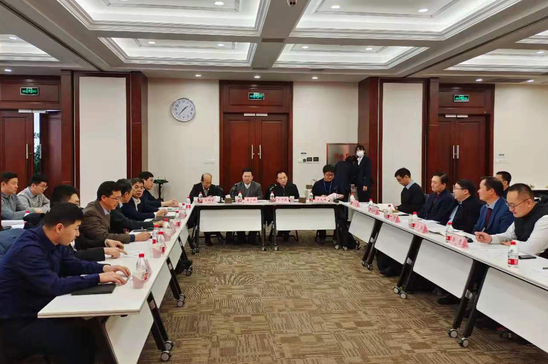 According to the agreement, the two parties will give full play to their own strengths to carry out all-round cooperation in scientific research, technology development, talent cultivation, information exchange, achievement transformation and co-construction of R&D platforms by centering on such fields as iron and steel smelting, energy and chemical engineering and equipment manufacturing, etc. Both parties will, based on the national strategic needs, establish strategic partnership to complement advantages of each other, promote the upgrading of Liaoning’s traditional industries, boost the overall revitalization of Northeast China, and facilitate the implementation of the beautiful China construction and innovation-driven development strategy.