Recently, the 45th ICPC China Final ended in Northwestern Polytechnical University. This Contest attracted more than 1,000 teams from over 300 colleges and universities. After fierce competition, the two teams in our school, which were guided by Teacher Liu Xiaofeng from the School of Computer Science and Engineering, won one gold medal and one bronze medal. Among them, the How to answer the sign-in question team composed of Qiu Ermu, Zhang Jinkai and Li Zeren won the gold medal. The Junior yyds  team composed of Chen Hao, Chen Shaohuang and Wang Ye won the bronze medal. 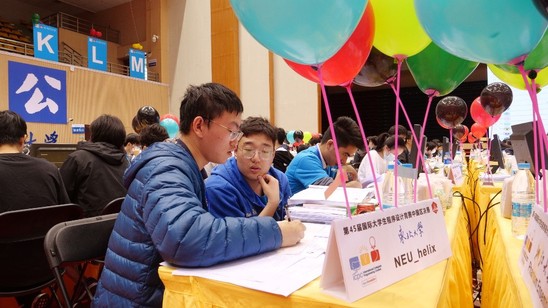 ICPC (International Collegiate Programming Contest) is recognized as the largest, highest-level and most-participated programming contest for college students in the world. Its purpose is to enable college students to fully demonstrate their ability to analyze and solve problems by using computers.