During October 13-15, the final of the 7th&amp;nbsp;“3S Cup” Creativity, Innovation and Entrepreneurship Competition in IOT Technology &amp;amp; Application for College Students co-organized by China Institute of Communications and Chinese Institute of Electronics was held in Wuxi. The project of Wang Weizhou, a doctoral student of the State Key Laboratory of Synthetical Automation for Process Industries (hereinafter referred to as “Process Laboratory”), whose supervisor is academician Chai Tianyou, won the first prize and was selected as one of the 10 projects reported at the Youth Forum in the competition. This is the third time that the Process Laboratory students have won the first prize after winning the first prize in the second and third competitions.

This project titled IOT-based Digital Twin Complex for Complex Industrial Processes&amp;nbsp;is a technical innovation project, which was directed by academician Chai Tianyou, professor Wang Liangyong and associate professor Wu Zhiwei. Based on convergence study and the concept of CPS, this project aims to solve the high-performance control problem for complex industrial processes. It has put forward an algorithm and functional architecture of digital twin system for complex industrial processes based on edge-cloud collaboration, established a digital twin system of electric melting magnesium furnace, and developed a current high-performance control system based on the digital twin system, which has effectively reduced energy consumption and improved product output and corporate profitability. 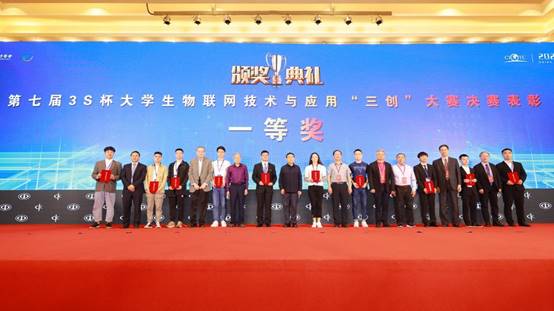