On November 8, the final results of the 9th China TRIZ College Students’ Innovation Method Competition were announced. 24 shortlisted works from NEU won 10 national first prizes, 8 national second prizes and 6 national third prizes. The number and level of the prizes NEU won has hit a new high over the years, and the number of the first prizes NEU won accounted for 23% of the total of national prizes. Among these works, 3 ranked among the national top 12 and entered the final (competition for the gold, silver and bronze awards), and the number of NEU’s works winning the first prize and that of its works entering the national top 12 respectively rank first among all the universities in China. China TRIZ College Students’ Innovation Method Competition, co-organized by the China Association for Science and Technology (CAST) and the Ministry of Science and Technology of China (MOST), is a national competition for innovation and entrepreneurship by using the TRIZ innovation method. It is aimed at attracting, encouraging and guiding college students to master innovation methods, improving their comprehensive ability of innovation, entrepreneurship and creation, and creating a good environment for college students’ innovation, entrepreneurship and creation. Since the 9th China TRIZ College Students’ Innovation Method Competition was officially launched this May, 1,184 projects from 165 universities in 26 provinces, municipalities and autonomous regions have entered the national preliminary evaluation. After the preliminary evaluation by experts, a total of 514 entries have been selected for the final. 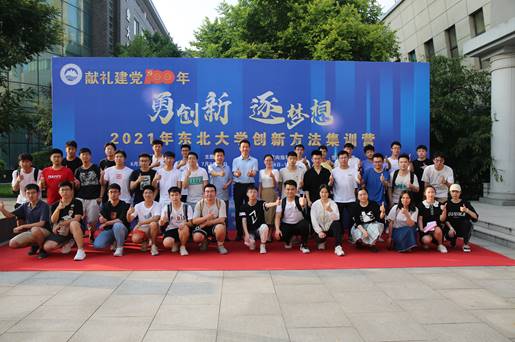